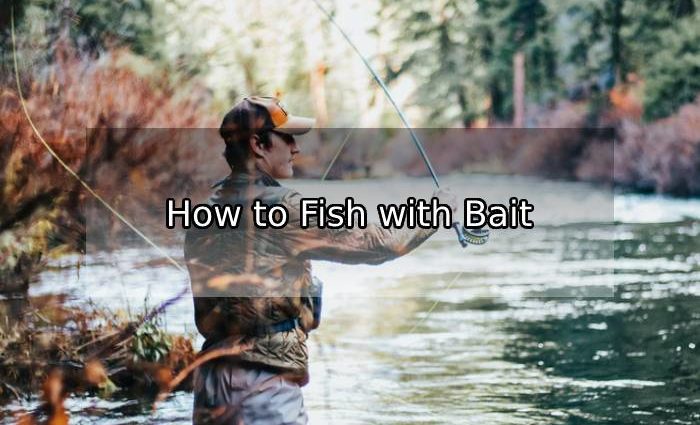 How to Fish with Bait

Though lures are excellent for capturing fish, live bait is the simplest way to get a fish to bite. You’re simulating what a fish eats with a lure, but you’re presenting the actual thing with bait. Here are some baits to think about.

Earthworms are almost without a doubt the most effective freshwater bait. They’re simple to catch—just turn a few rocks over and dig a little in the dirt—and they can live for a long time in a coffee can with some fresh damp soil and ripped-up newspaper. Most freshwater fish can’t resist a writhing worm because they stay alive for a long time underwater. A live worm should be hooked through the center and then curled to hook it at least once near both ends. This will keep fish from eating both ends of your worm and snatching it. For worm fishing, there are a few different ways to rig your line. Here are two basic configurations:

Another fantastic bait option is minnows. Because most game fish gain weight by eating smaller fish, minnows are an obvious choice. You can either capture them with a minnow net or buy them from a local bait shop. On a boat or ashore, a bait bucket positioned in the water will assist you keep the minnows alive. Small holes in the side of bait buckets allow fresh water to circulate while holding the minnows. If you’re wading, tie the bait bucket to the side of your boat, a streamside branch on land, or your belt loop.

For worm fishing, you can use one of the two rigging solutions shown, or attach no weight at all to let the minnow to swim freely or float under a bobber. It’s critical to know where to set the hook while fishing for minnows:

Crayfish are a great freshwater fishing bait, especially in rivers. By overturning rocks in shallow, moving water with your hands or a small net, you can grab them with your hands or a little net—just be aware of their claws. Hook a crayfish in the back or tail to catch it. Crayfish, like minnows, need to be kept alive in a bucket of water, although they don’t need to be refilled as frequently.

When fishing for freshwater species in regions where there are spawning fish, fish eggs are particularly effective since many competing game fish will wait for the spawning fish to drop their eggs before eating. Your fishing shop can sell you a bottle of fish eggs or mimic eggs made of beads or soft rubber. Simply push the point of your hook through the center of the egg to attach fish eggs. To make it more appealing to the fish, use two or three eggs at once.

Many common home foods will tempt a fish to eat. The most common ingredients are bread or maize, although for some species, such as catfish, you can also use hot dog parts or chicken liver. Because they don’t have to put a hook through a live worm or a minnow to fish with bait, maize or bread are often useful when teaching children to fish.